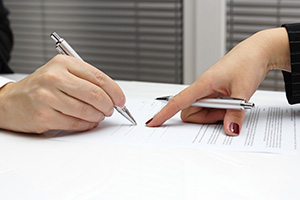 Have you been denied by Unum?  Or were you denied under a policy one of the Unum companies took over?  You are not alone. And you don’t have to fight them alone. Let our team at Eric Buchanan and Associates help fight Unum, Paul Revere, Provident, or any of their related companies, and let us help you get the benefits you deserve. An Erisa benefits lawyer has a long history of helping people whose claims were wrongfully denied by one of the Unum companies, and we are very familiar with how the Unum companies operate, and how they save money by denying claims we think are valid.

The Unum Group is the parent company of several insurance companies including Paul Revere, Provident, Unum Life, and others.  The Unum Group’s predecessor companies have a long history in the disability business.  Unfortunately, in the last 20 years or so, the Unum companies have become much more focused on saving money by “managing” claims and not on paying claims.  While some of that history is public knowledge, new information shows that they are still doing some of the same things that lead them to inappropriately deny many people’s valid claims.  Because our firm has regularly sued the Unum companies on behalf of our clients, and regularly obtain information about Unum, Paul Revere, and Provident, that information helps us do a great job helping other people who have similar claims.

There is a 20-Plus Year History of Unum Companies’ Efforts to Save Money by “Managing Claims” Rather than Paying All Deserving Claims.

The Unum Group companies, such as Paul Revere and Provident have allowed their financial self-interest to lead them to deny more claims than they should.  This philosophy can be traced back to the mid-1990’s, before Provident and Unum merged, and Provident made the financial decision to stop “paying claims” but, rather, to “manage claims” by denying as many disability claims as possible.  This practice of “claims management” allowed them to take the money out of reserves (the money insurers are required by law to set aside to cover payable claims) and turn it into profits.

Provident, and later, the Unum companies, decided to emphasize claim closures, terminations, and denials, in order to increase company profitability.  To that end, Unum has a history of encouraging their employees to avoid fully documenting claim decisions and to take into account the financial value of a claim. Also, Unum has created a system of bonuses and incentives for its claims personnel, including medical reviewers, which has rewarded their employees based on company profits and other factors.  Unum has created a culture that encourages claims people to look for claims to deny.

Courts Have Found Unum’s Denials to be in Bad Faith

Courts have Found Unum’s Practices Create Bias, Improper Incentives, and Pressure on its Claims Personnel to Make Non-Merit Based Decisions.

The improper bias of Unum, Paul Revere, and Provident has been recognized by courts in several important cases.  There is significant case law that supports insurance bad faith perpetrated by the Unum Group and their subsidiaries.  A couple of the related documented cases include Hangarter v. Paul Revere Life Insurance Company and Merrick v. Paul Revere Life Insurance Company. Click here to read excerpts from these two cases.

Unum’s Claims Handlers were Pressured to Terminate Claims Based on Financial Goals Handed Down By Their Superiors.

On November 17, 2002, CBS’ 60 Minutes broadcast, former Unum employees spoke publicly (Exhibit F, pp. 115-120).   Diane McGinnis had worked as a claims handler for three years.  She explained that claims handlers were given monthly goals to close a certain amount of claims.  She explained, “At the end of the month, the projections would come down from the directors or above, who would give a number as to the amount of money we would have to come up with at the end of the month, in closures.”  Id. at p. 116.  She explained that the policy was not based on a projection of a certain number of cases that should be closed based on the evidence of disability, rather “I don’t think it was about whether they deserved to be closed.  They had to be closed. They needed to make these projections.” Id. at p. 117.

Another former Unum claims handler, Angela Brackett, spoke on 60 Minutes.   She stated that “About the middle of each month, they’d let us know if we were on track to meet our dollar amount for the month, and if we wouldn’t, they would really start pushing us to either find more or to get the one that we thought we could get closed.”  Id.

Recent Evidence Shows the Unum Companies, Paul Revere, and Prudential are Still Doing Much of the Same Stuff they Were Doing in the 2000’s.

For claims decisions to be fair and unbiased, Unum employees involved in determining whether a person is entitled to benefits should not be influenced by financial goals or targets.  But recently, at Unum, leaders in the claims department have plans for the number of claims or dollar amount of claims that should be denied and share that information with other employees who are involved in claims decisions.

For claims decisions to be made fairly and based on merit, supervisors should make sure that claims handlers do not feel pressured to make claims determinations according to financial goals.  However, at Unum, supervisors don’t do enough to shield decision-makers from financial influence. In fact, many employees’ performance evaluations consider whether they met financial goals.

When Unum sends someone to a physician outside Unum to be examined, Unum calls this examination an “IME,” or “independent medical examination.”  However, because Unum chooses these doctors, they are not really “independent.” In fact, the not-really “independent” doctors that Unum uses are so reliable in Unum’s favor that when a claimant is sent to an examination by one of these physicians, Unum often expects that can be a claim they can deny.

While these procedures and financial considerations may be daunting to you while you fight for your benefits, we at Eric Buchanan are here to help you.  We have ample experience in overcoming the Unum companies’ tactics and helping clients get the benefits they deserve. And, if your claim remains denied, and has to go to court, we understand Unum’s tactics, and how to explain what Unum has done. Contact one of our Long term disability lawyers to get started.