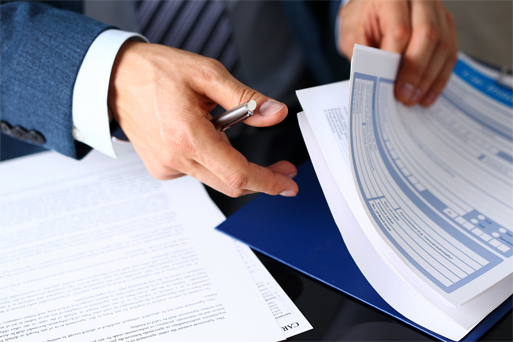 Were you denied under a disability policy from Paul Revere or one of the Unum companies that were acquired by, or merged with The Unum Group? If so, then you probably have questions. It is important to know that you are not alone. Nor do you have to fight for your benefits without legal assistance. The Paul Revere Claim Denials Attorneys at Eric Buchanan & Associates routinely represent Paul Revere policyholders who have been denied disability claims by Paul Revere, including wrongfully denied benefits, unfair medical evaluations, premature claim closure, and other bad faith practices. Also, as an excellent long term disability lawyer, their firm has the best resources to represent you.

The Paul Revere Life Insurance Company, now a part of the Unum Group of insurance companies, was founded in 1930. It was acquired by Provident in 1997 and later merged with Unum in 1999. The company was known for writing disability policies during the 1980s and 1990s, many of them were purchased by high-earning doctors, lawyers and business owners.

During the late 1990s, when Paul Revere Life Insurance Company merged with Provident, the companies embarked on the practice of denying high dollar claims, focusing on claims management in order to add to their bottom line.  One focus was to obtain more “recoveries”.  A “recovery” is the denial of a claim for a reason other than the end of the policy.  In other words, Unum, Paul Revere, and Provident make a “recovery” whenever they deny a claim before all the potential benefits are due under a policy, or when they deny a claim from the beginning. Even recently, the Unum companies continue to use the term “recovery” when they deny a claim, presumably because the money that would have been paid has been “recovered” for Unum.

Paul Revere and the other related Unum companies adopted a number of inter-company practices that were based around the routine denial and premature closure of claims.  Some of these practices historically include:

Some of these efforts are documented in emails between high profile company employees. Click here to read an example of Provident company correspondence outlining the company’s desire to omit details of their practices from written form, editing what was documented in the files, or altogether shredding paperwork. Additionally, the structure of the incentive and pressure tactics used by these companies have been evidenced in legal testimony and exhibits on file.

Through a series of investigative journalist stories and private and class action lawsuits, Unum became publicly known for its bad claims practices that left policyholders to deal with denied, delayed, and underpaid claims. Two notable cases against Paul Revere were Hangarter v. The Paul Revere Life Insurance Company and Merrick v. Paul Revere Life Ins. Co..  In the early 2000’s, a multistate board formed in order to investigate their conduct. In resulting class action lawsuits and regulatory action, Unum reportedly agreed to reopen some 200,000 claims for reassessment and as part of the Multistate Regulatory Settlement Agreement, Unum’s affiliate insurers paid out in excess of $600 million on previously mishandled claims and were required to operate under certain conditions for future claims investigation and payment.

In a 2005 study, the American Association for Justice named Unum #2 in a list of “The Ten Worst Insurance Companies”.  The study, in their words, was a “comprehensive investigation of thousands of court documents, SEC and FBI records, state insurance department investigations and complaints, news accounts from across the country, and the testimony and depositions of former insurance agents and adjusters.”

If you are involved in a dispute with Unum or any of its subsidiaries, such as Paul Revere and Provident insurance companies, reach out to us.  We will fight to protect your rights, help you identify the proper course of legal action, and help to secure the benefits you are rightfully due. The sooner we can review your situation, the better your chances will be of obtaining a fair recovery and putting this crisis behind you. Don’t delay – we offer confidential consultations.  You need legal guidance from a team who understands Unum’s history of bad faith policies, and who has the resources and determination to take on “Big Insurance”. Contact us today.

"Absolutely wonderful team! Highly professional and dedicated. Took my case when others didn't want to and won! Everyone who worked was me was very attentive. They made me feel like they really care and I felt highly supported during quite an uneasy time. Could not thank them enough. I highly recommend working with this attorney firm!"
Ira E., Former Client