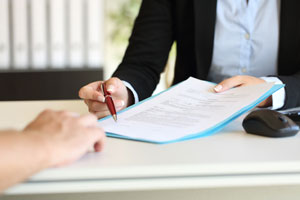 If you or a loved one obtained a disability policy through Provident and have subsequently been denied benefits, or have had your claim prematurely closed without merit, you are not alone.  Many people have found themselves on the denial side of their disability policies. Insurance claims can be confusing and are often subject to administrative or statutory deadlines. Companies tend to categorically deny claims without much explanation in the hopes that the policyholder will take the denial at face value and not pursue it via appeal or litigation. Our Provident Claim Denials Attorneys at Eric Buchanan & Associates understand what it takes to fight for you. We have decades of combined experience fighting “big insurance” and we have the dedication and resources to seek the best possible outcome on your behalf. Reach out to our team today.

About the Provident Insurance Company

Provident Life and Accident Insurance Company was founded in 1887 and was originally based in Chattanooga, Tennessee. Provident went through a number of mergers and acquisitions and currently operates as a subsidiary of Unum Group, providing life and accident insurance services as well as railroad insurance.

Historically, in the late 1980’s, Unum and like companies saw an opportunity in the disability insurance marketplace to, in a sense, corner the market by offering occupation-specific, non-cancellable, guaranteed renewable individual disability policies. They sought to target high-income earners such as doctors, lawyers, and other professionals, enticing them with favorable pricing and promising commendatory policy features. This seemed to serve both insurers, and insureds well.  However, by the early 1990’s, claims started rolling in on the policies. Lots of claims.  And, as the policyholders were considered high-wage earners, this translated into millions of dollars in claims payouts.

As a result, new claims handling policies were adopted and an era of “managing” clams began. Through a series of investigative journalist stories and private and class action lawsuits over the years, Unum became publicly known for its unfair practices that left policyholders to deal with denied, delayed, and underpaid claims.

Some of the alleged implementations utilized for managing claims in order to protect financial bottom lines and augment company profitability include:

After notable news organizations began airing exposes of reported Unum practices, including the publishing of inter-company memos and interviews with whistleblowers, a culmination of investigations conducted by several state regulators produced a 2004 Multi-State Settlement Agreement. This agreement, in part, provided that Unum, and other insurers of individual disability insurance policies such as Paul Revere and Provident, be required to change its claims handling practices, reassess prior denied claims, pay certain fines, and be subject to future monitoring.

We Even the Playing Field

Our disability lawyers understand Unum’s history, their structure, and their practices, and we have the experience and resources to take on this corporate giant.  Our team is aggressive yet compassionate. Don’t try to do this alone. Get skilled representation – Get Eric Buchanan & Associates.